Restaurants typically experience a surge in business in warmer months. Restaurant.com recently revealed summer dining trends that show seafood orders and Thursday night dining are popular among hungry Americans during the summer season. The findings were compiled based on data collected over four years from more than 16 million visits to local restaurants.

Though weekends remain a popular time for restaurant dining, Thursday night dining out increased in popularity by more than 10 percent during the summer season, while Friday (down three percent) and Saturday (down eight percent) saw a slight decline. Other summer dining trends include:

Gone Fishing: Summer is the season for seafood. Warm weather and beachfront vacations contributed to the nearly 40 percent increase in the popularity of restaurants serving sea-based cuisine. This summer favorite reaches its lowest number of orders in December; it’s most popular during the month of July.

The Raw and the Cooked: When warm weather rolls in, diners like to order sushi rolls. Visits to sushi restaurants increase by nearly 20 percent during the summer season. In fact, dining with Japanese cuisine in general jumps 21.4 percent in the summer, showing the popularity of Hibachi grills and Japanese steaks.

Barbeque Boom: The backyard barbecue is the unofficial meal of summer, but the other kind of barbecue is popular with diners, too. Restaurants serving up saucy, smoked meats and sides come in as the fourth most popular cuisine among summer diners, enjoying a 9.5 percent increase from May through August.

On the Road: With school out for summer and warmer temperatures luring professionals from their desks, many Americans make their dining plans on the go. Dining certificates purchased on mobile phones spike by 16 percent during June, July and August. 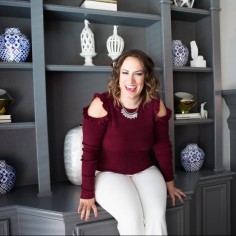